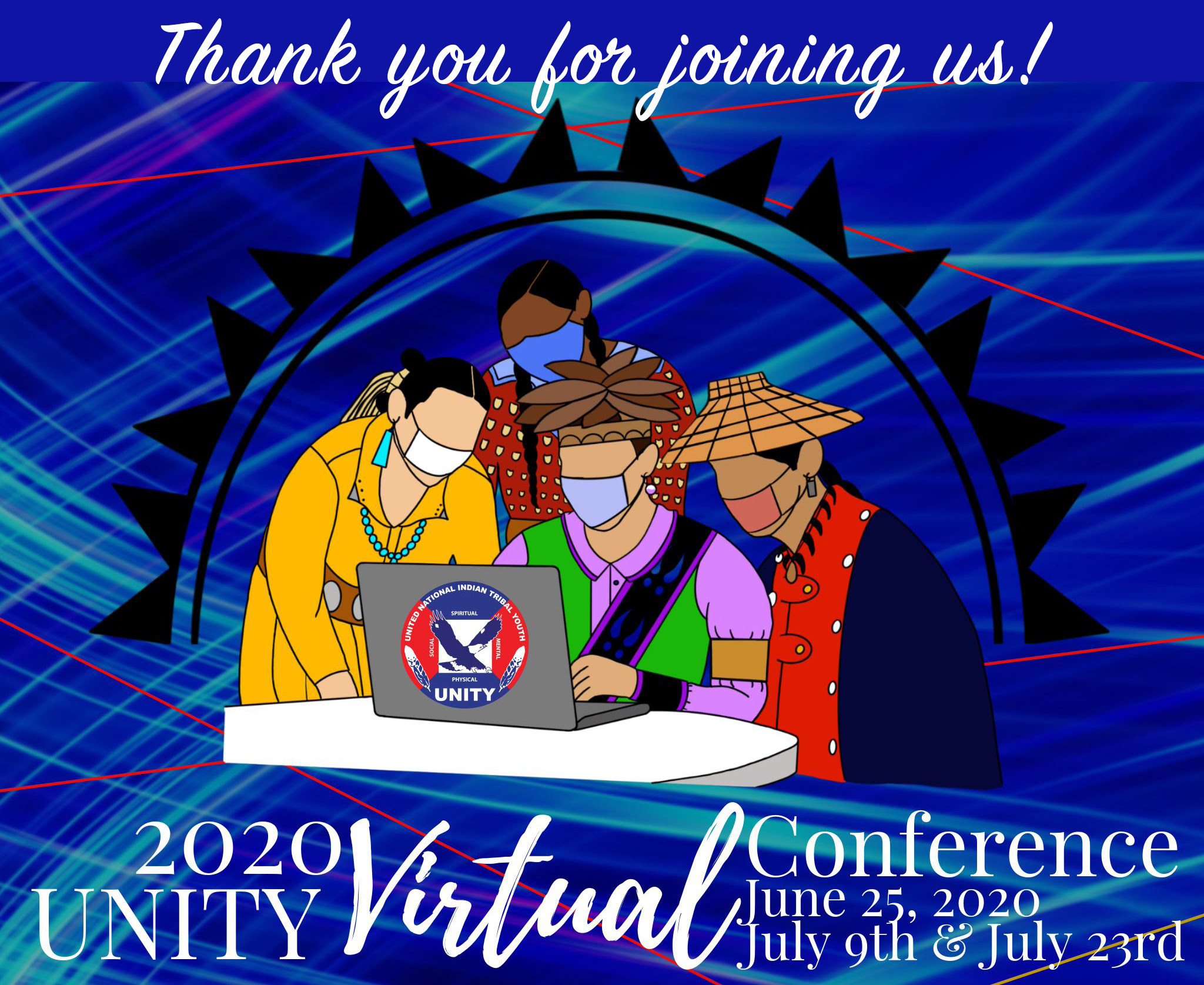 “The COVID-19 pandemic has presented many challenges to our communities, so our theme of ‘Healing Starts Here’ was particularly meaningful for this year’s conference,” said Mary Kim Titla, UNITY Executive Director. “While we had hoped to meet in person, the virtual conference ended up being a wonderful alternative. We learned so much from this experience, and were able to incorporate some of our important traditions while creating new memories that will make a lasting impact.”

Attendees were able to participate in online workshops, a college and career expo, and live discussions on timely subjects like “Black Lives Matter – How it Resonates with Native Americans,” moderated by Juanita Toledo. Through the Cultural Exchange and a “Music is My Medicine” virtual concert, which featured Native youth instrumentalists and vocalists, Native youth participants were able to share their talents.

Also, on Thursday, July 16, a special session was held where Native youth leaders from UNITY participated in a congressional forum led by Ruben Gallego (D-Ariz.), chair of the Subcommittee for Indigenous Peoples of the United States. The subject of the hearing is Native Youth Perspectives on Mental Health and Healing. The youth leaders discussed the mental health impacts facing Native youth in the United States, education and safety, and ideas on how policy can reduce trauma and promote healing.

During the conference, several awards were presented, including winners of the business plan competition, sponsored by the National Center for American Indian Enterprise Development (NCAIED) and the American Indigenous Business Leaders (AIBL). The winners were: