Songs that were once letters – UNITY, Inc.

Songs that were once letters 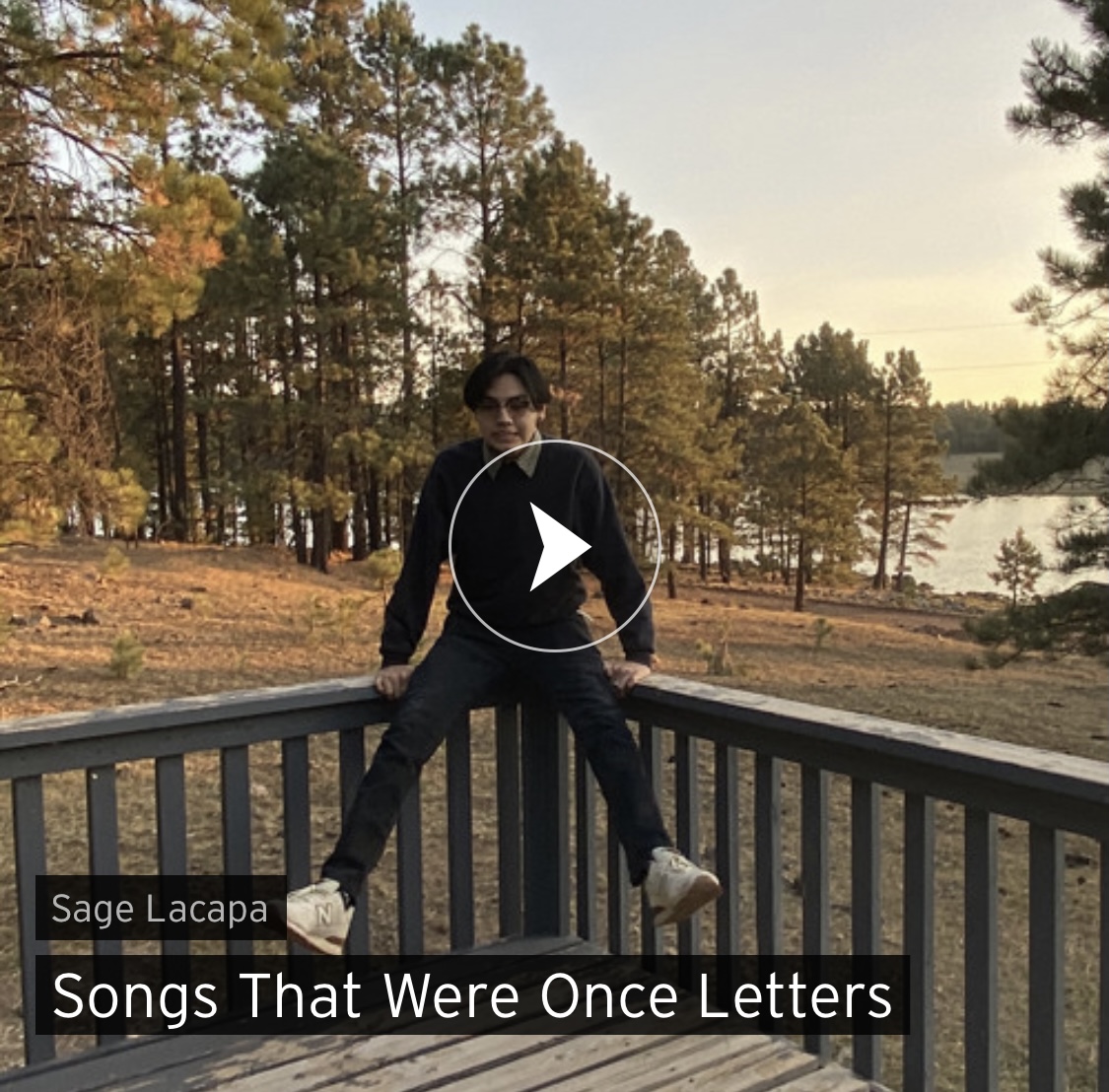 …”I recorded this for my wellness”

This was a personal project that I recorded and wrote on my own. I recorded an album with 8 of my own songs and 2 covers. This album is called, “Songs that were once letters”.    Some letters were written last year and some were written recently before I recorded the album. As time had passed in quarantine, I had taken the opportunity and time to finish the letters that were gathering dust by turning them into songs. I was losing a bit of my wellness, wasting time and potential. I took the time to realize that I wasn’t doing the thing I loved, but rather ignoring it. I recorded this for my wellness, investing time into the things that you love, to do even if it doesn’t get much recognition.

I would like to show other artists and youth that it is okay to step out of their comfort zone by sharing a talent, as well as it is okay to step out of the norm. I grew up in a community where there wasn’t much recognition for the arts, such as painting, music, writing, etc. Sports were recognized as talent and I felt as if I had to be a part of a sports program or be a sports prodigy to be acknowledged. With this music piece, I want youth or anybody that maybe thought the way I did, to recognize that there is support out there. I would like to create an environment where they feel comfortable sharing their art. I did this as a personal project, but if there is anything to take from it, I want people to know that when you invest time in things that you enjoy doing, it pays off, whether it is mentally, spiritually, or timely.

This happened in Whiteriver Arizona in a closet outside of my house treated as a recording studio.

I had been writing these letters and some I did not send out so over the summer. I started creating melodies and writing chords for the writing. I recorded it all in one night and released it when I finished messing with the sound quality. I released the album on Saturday, October 24, after recording it Friday, October 23.

This project made me feel like I was taking care of myself by waiting and investing time into something I enjoy doing. In the song young letters, I mention that I’m calling it a year and that I felt as if I wasn’t enough. In a sense I was giving up on a year that was not only cruel to me, but also to my community as well as the world. I felt powerless and vulnerable. With these feelings, I created something beautiful. when something hurts it has to heal and sometimes you have to take that step yourself, to get it up and running.  I was able to use my emotions to write and create pieces that will live forever. In this I created a step in wellness, not only for myself, but also for upcoming generations.

← Have you Mailed in Your Ballot Yet?
Anti-Bullying resources for Native youth →