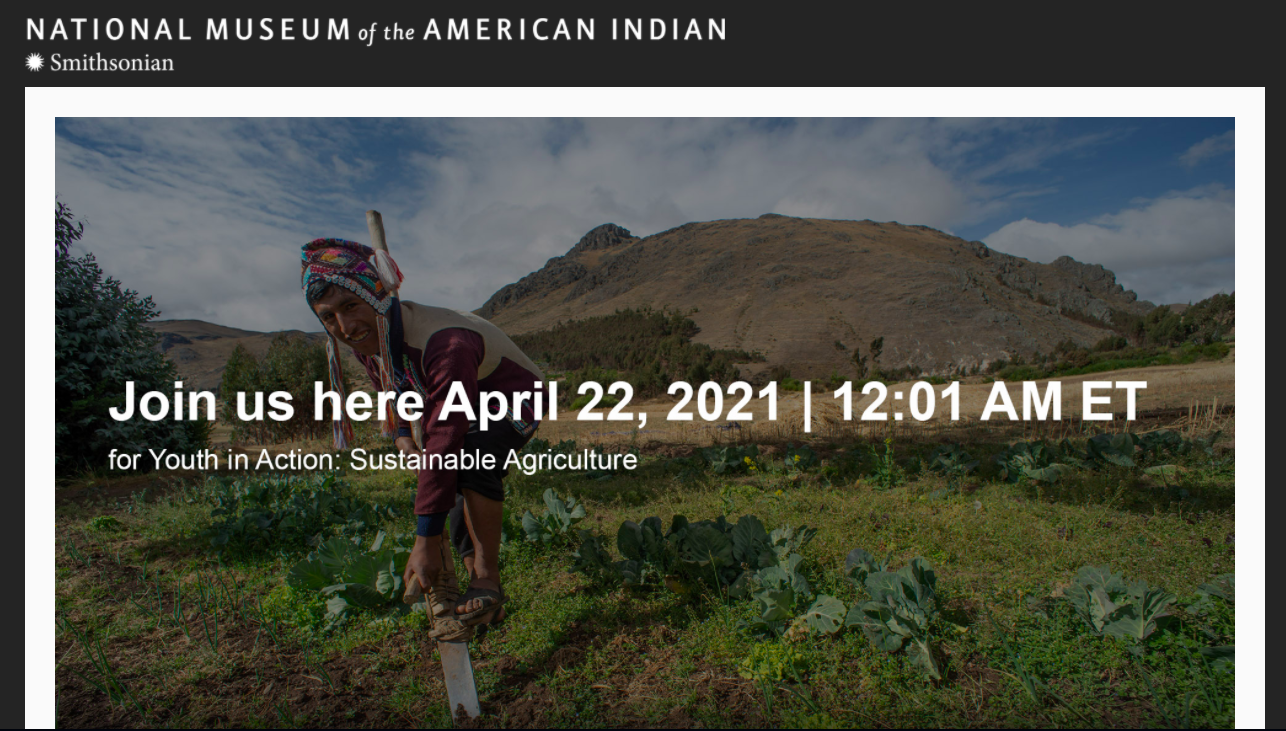 In celebration of Earth Day, in collaboration with the National Museum of the American Indian (NMAI), UNITY will announce its 2021 Class of Earth Ambassadors during the NMAI Youth in Action Live broadcast.  UNITY Earth Ambassador and 25 Under 25 Awardee Marco Ovando (Shoshone-Paiute Tribes), Kelsey Ducheneaux-Scott (Cheyenne River Sioux Tribe) and Jack Pashano (Hopi) will also discuss the role traditional ecological knowledge plays in their work as farmers and entrepreneurs. 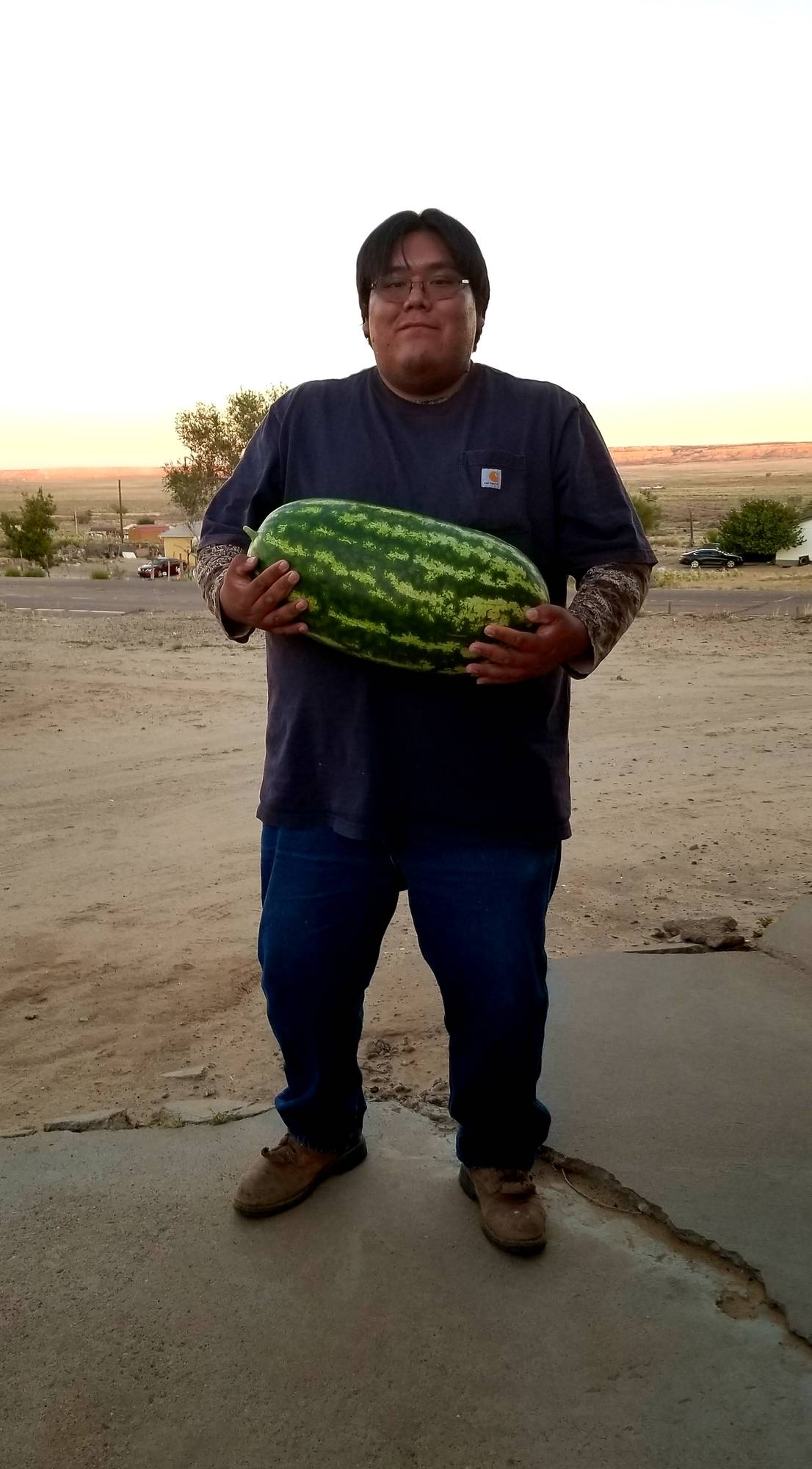 Jack Pashano (Hopi) is from the village of Walpi. His Hopi names are Lomawunu (Nice Straight Oak Tree) and Tsotsotima (Rabbit Hopping). Jack belongs to the Snake Clan and Sand Clan and is the second eldest of three siblings. He comes from a very culturally active family and was born and raised by his paternal grandparents. He has been farming for as long as he can remember. Jack deeply appreciates his Hopi culture and is one of the youngest Hopi farmers in his community. He is known to teach others in his community about Hopi culture and strives to ensure Hopi cultural practices endure. 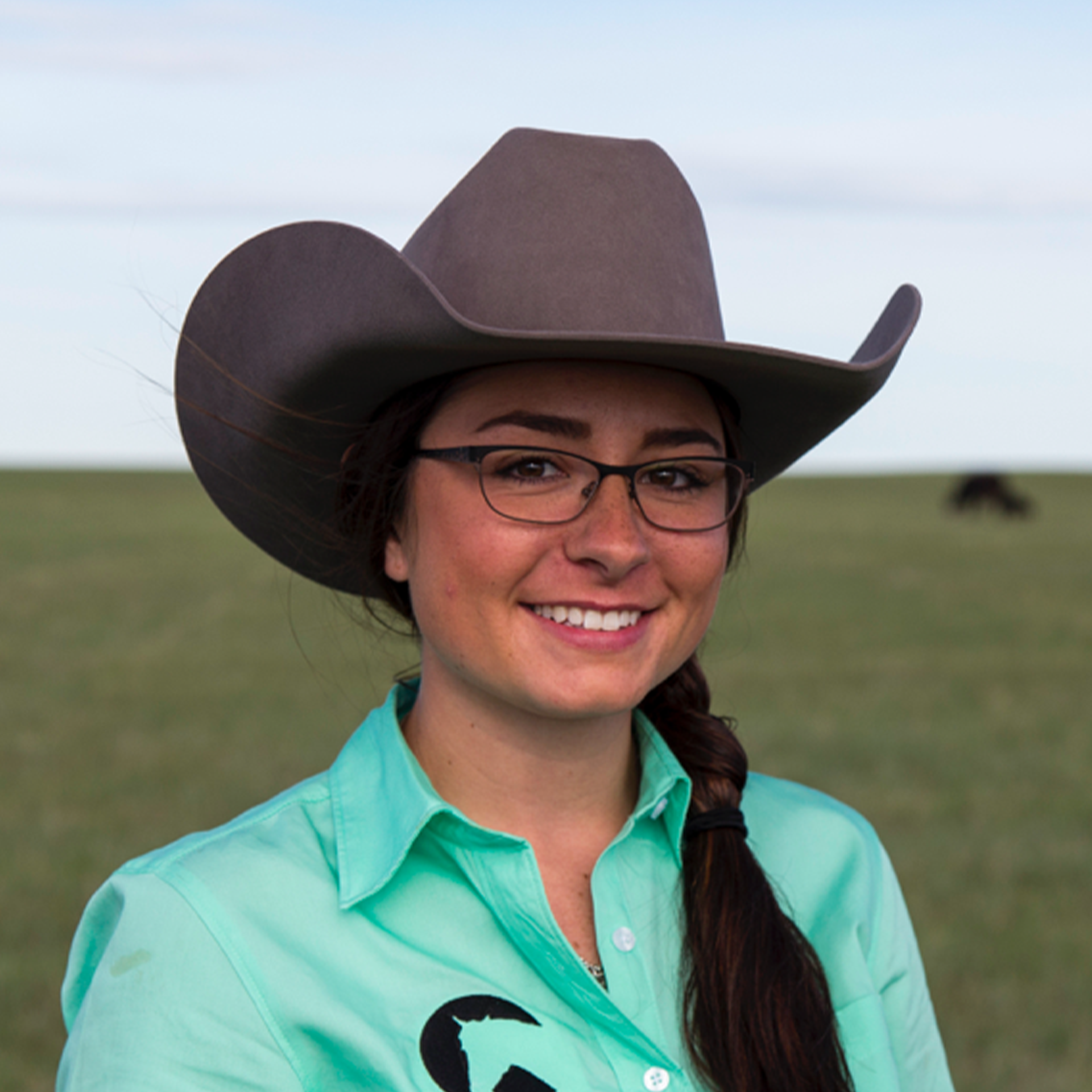 Kelsey Ducheneaux-Scott is a fourth-generation tribal rancher that calls the Cheyenne River Sioux Nation home. She’s the owner of DX Beef, LLC, a direct-to-consumer regenerative beef operation. Kelsey is the Natural Resources Director for the Intertribal Agriculture Council, a national 501(c)(3) non-profit organization that promotes the use of Indian lands for the benefit of Indian peoples. Kelsey’s passion lies in working directly with land managers and producers in promoting regenerative agricultural practices. Kelsey is excited to see how her work with producers can continue to enhance their connection to consumers in an effort to re-localize more resilient food systems. 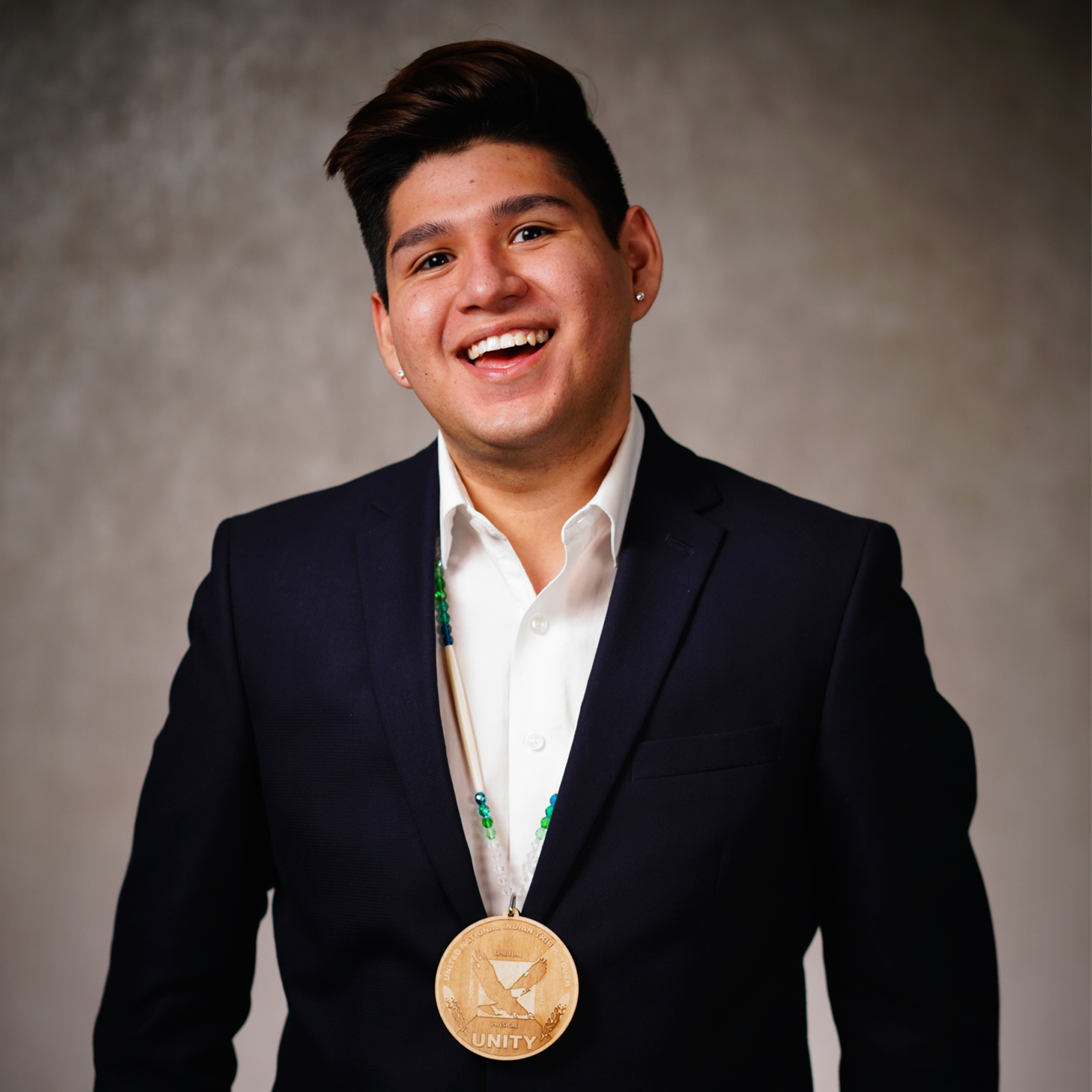 Marco Ovando, from Nevada, is a student at Boise State University. As an agricultural advocate, he believes we are preserving the planet for the next generations. Marco serves as State President for the Nevada Future Farmers of America Association, with a membership of more than 5,000 youth across the state. For Marco, being an Environmental Ambassador is being a caretaker to the land. In his local tribe’s community, he constantly addresses environmental concerns relating to the agricultural producers and water conservation. Marco takes part in helping to grow sagebrush and native grasses for the Bureau of Land Management through several greenhouse facilities located on a high school campus. Through this program, he is helping to preserve the ecosystem for those keystone species, which hold great relevance to the Shoshone-Paiute people. 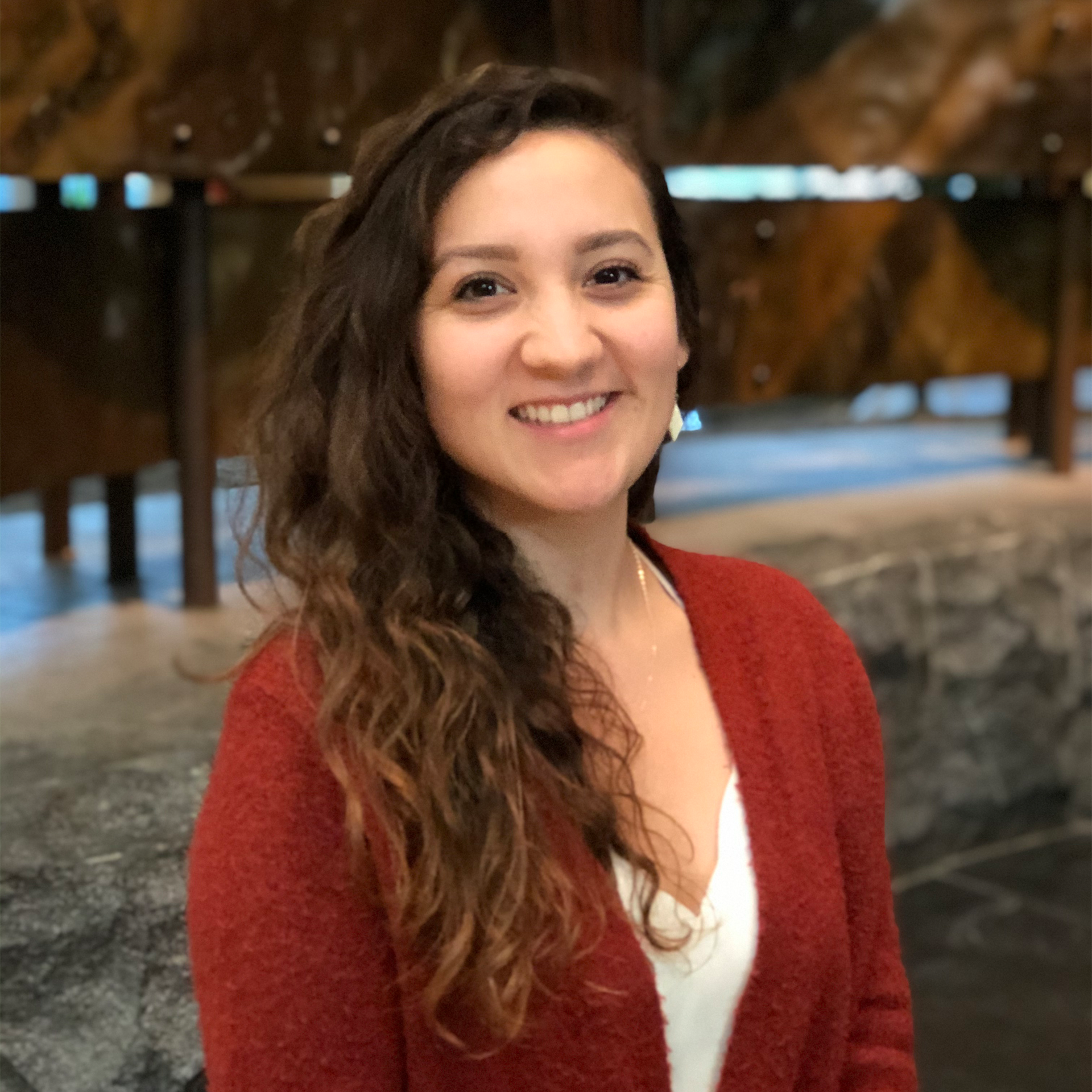 Michaela Pavlat is a Cultural Interpreter at the Smithsonian’s National Museum of the American Indian, and an enrolled member of the Sault Ste. Marie Tribe of Chippewa Indians. She graduated from Northern Michigan University in 2016 with a Bachelor of Fine Arts with a concentration in drawing and painting, and studied a wide range of art history. As a creative being, she uses her artwork to educate audiences about Native American culture and the misappropriation of Indigenous cultures. Her goal is to develop a museum in the Upper Peninsula of Michigan to use artwork and local Native peoples’ voices to educate others.

← An Advocates Sacred Responsibility to Our Land
Free April 9th training! How to nail your virtual presentation! →