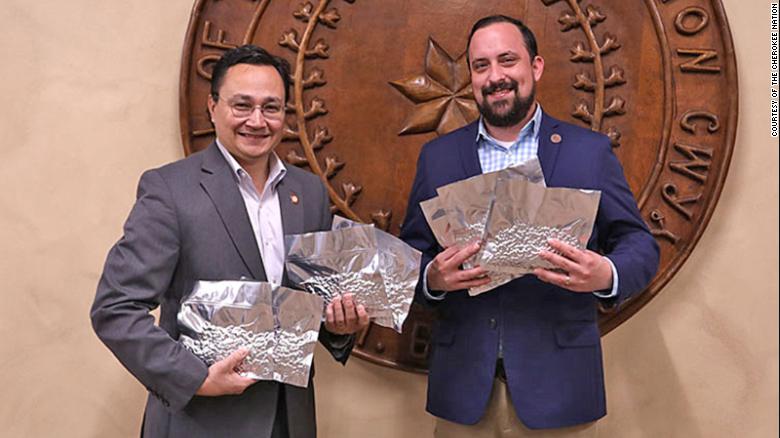 CNN – No Native American tribe has ever received an invitation to store its traditional heirloom seeds in the Svalbard Global Seed Vault. The seed vault, commonly known as the “doomsday vault,” stores copies of the world’s seeds and was created in case catastrophe strikes — like disease, pests or war. It holds nearly 1 million packs of seeds from almost every country in the world, storing everything from the endangered Bermuda bean to everyday ingredients like wheat and rice.  And now, the vault will hold an additional nine samples of Cherokee heirloom crops — making the Cherokee Nation the first tribe to receive the honor.

“It is such an honor to have a piece of our culture preserved forever,” said Cherokee Nation Principal Chief Chuck Hoskin Jr. in a statement. “Generations from now, these seeds will still hold our history and there will always be a part of the Cherokee Nation in the world.” 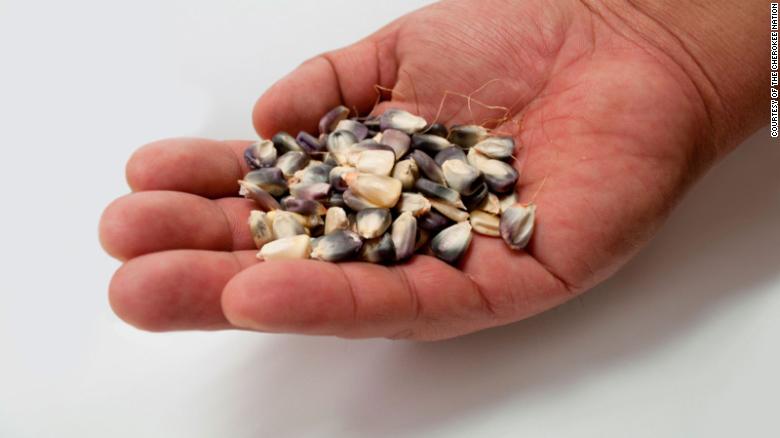 The Cherokee Nation is the first tribe in the United States to receive an invitation to deposit its traditional heirloom seeds to the Svalbard Global Seed Vault, a long-term seed storage facility housed deep inside a mountain on a remote island in Norway.
This all comes after a 2019 interview the nation did with National Public Radio, about the nation’s own heirloom seed bank program. The Cherokee Nation Seed Bank allows Cherokee citizens to receive and plant their own heirloom seeds, though they are limited to two varieties.
The seed bank idea was inspired by the Svalbard Global Seed Vault, and it has become a way not just to save heirloom seeds, but to also preserve Cherokee culture, Pat Gwin, senior director of environmental resources for the Cherokee Nation, told NPR at the time.
After the interview, Luigi Guarino, director of science for the Global Crop Diversity Trust, contacted Gwin about having the tribe’s seeds in the Global Seed Vault.
“This is a tremendous opportunity and honor for the tribe,” Gwin said in a statement. “Additionally, knowing the Cherokee Nation’s seeds will be forever protected and available to us, and us only, is a quite valuable thing indeed.”
Cherokee Nation Principal Chief Chuck Hoskin Jr. and Secretary of Natural Resources Chad Harsha with heirloom seeds being sent to the Svalbard Global Seed Vault.
The Global Seed Vault is located on a remote island in Svalbard, an archipelago located between Norway and the North Pole. The vault is set deep inside a mountain, accessed by a 400 feet long tunnel. Though it currently holds just under 1 million samples, it has the capacity to store upwards of 4.5 million varieties of crops.
The seeds will be deposited on February 25.