Do you know a UNITY alumnus who should be recognized for their outstanding achievement and contributions to the Native American community? UNITY is accepting nominations for its prestigious Eddie Wadda Alumni of the Year award. Application deadline is on June 18, 2021.

Your Advisor does so much for your community. Will you nominate them for the Advisor of the Year award? Effective and successful youth councils consistently have one key ingredient in common; an advisor who is involved, provides wise counsel and guidance, and is willing to work closely with youth council members as they make and carry out their decisions and related activities.
Nominations are due on June 18, 2021. 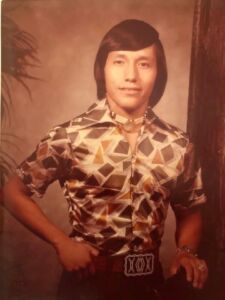 UNITY was founded in 1976. This year, on April 16, the organization will celebrate its 45th anniversary. This is one of a series of articles featuring various alumni to commemorate UNITY’s milestone year. In 1977, at the first UNITY conference, students decided to elect officers. Wil Brown was elected to serve as UNITY’s first president.
END_OF_DOCUMENT_TOKEN_TO_BE_REPLACED

2020 is a year many will remember for different reasons.

In UNITY’s second annual report, you will read how the organization navigated through an unprecedented pandemic. When challenges abound, teamwork is key. This past year so many people stepped up to the plate to ensure UNITY stayed the course to reach Native youth around the country. To sum it up in a few words, it’s been a year of opportunities. In this annual report, you will read about: 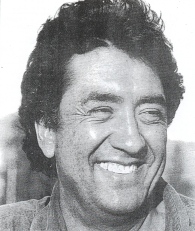 UNITY is proud to announce a new scholarship program aimed at supporting entrepreneurial-minded undergraduate students named in honor of Mel Pervais, Ojibwe, a special supporter and long-time friend of UNITY. Pervais, a retired entrepreneur and engineer and is a former UNITY Trustee. The $1,000 scholarship will be available for the Spring 2021 semester.

Did you know? New York Yankee served as UNITY Trustee

The late Allie Reynolds, a Muscogee Creek, was known as one of the finest pitchers in the Major Leagues. He gained national prominence as a pitcher for the New York Yankees during their 1950s dynasty. Prior to that he played for the Cleveland Indians. In 1951, he received the Ray Hickok Award, which honored the top professional athlete of the year. He played with and against the likes of baseball legends Joe DiMaggio, Yogi Berra, Ted Williams, Jackie Robinson, Joe Garagiola, Sr. and Mickey Mantle. END_OF_DOCUMENT_TOKEN_TO_BE_REPLACED

UNITY began through the efforts of J.R. Cook, a Cherokee from Oklahoma, who has worked with Native youth in leadership development for more than three decades. The organization grew from a small group of interested Indian youth in southwestern Oklahoma in 1976 to a national organization today with affiliated youth councils operating in 35 states and Canada. J.R. stepped down as Executive Director in 2013 to focus on writing about UNITY’s history. J.R. agreed to share more about himself and answer some questions about UNITY. END_OF_DOCUMENT_TOKEN_TO_BE_REPLACED

This year UNITY celebrates its 40th anniversary of serving the nation’s Native youth. During this four decade journey, there have been many milestones to mark the progress along our path. Now, at this juncture between the past and what is envisioned for the future, it is an appropriate time to reflect back on what has been accomplished. But, even more importantly, we must consider how to build on those past successes and more effectively involve our youth in the important work of building a stronger and more self-reliant Native America. That is our vision as well as our mission.

The linked document entitled, “UNITY Historical Timeline,” spotlights some of the important events that many of you in the UNITY Family have been a part of and contributed to. Please take a few minutes to read and send your thoughts to us about other notable happenings, accomplishments, and uplifting memories that you believe those across the UNITY Network would enjoy and find encouraging.

The first class of Earth Ambassadors met at the Anytown Camp near Prescott, AZ in 1995 to receive training. Twenty three Ambassadors participated and received training conducted by Bea Shawanda, long time UNITY supporter and youth advocate. A scan of the original article that appeared in a print copy of UNITY News may be viewed HERE.

For many years UNITY printed 14,000 copies of a quarterly issue of UNITY News that was distributed to those in the UNITY Network. Over time the print version was phased out and replaced by the UNITY website and the use of other digital communications tools.

Also, of interest on the image is a list of the top ten issues to Native youth that was compiled by the National UNITY Council in 1996. Of interest because many of those same issues from 20 years ago would in all likelihood be identified in a similar survey of the current members of the National Council.