Happy birthday to an organization that’s inspired hope and changed lives for 45 years!

2020 is a year many will remember for different reasons.

In UNITY’s second annual report, you will read how the organization navigated through an unprecedented pandemic. When challenges abound, teamwork is key. This past year so many people stepped up to the plate to ensure UNITY stayed the course to reach Native youth around the country. To sum it up in a few words, it’s been a year of opportunities. In this annual report, you will read about: 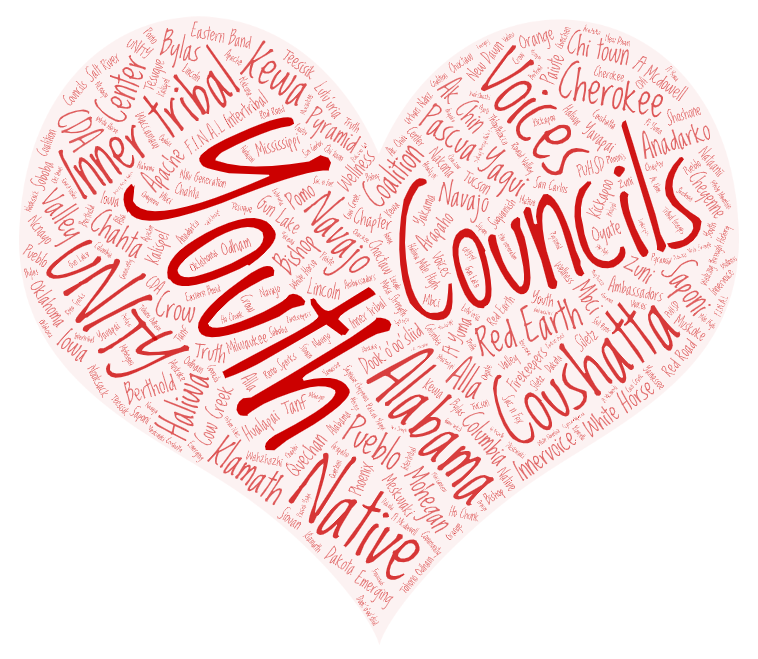 Congratulations to the following 5 Raffle Winners,  who will receive a $100 Visa Gift Card. Participants sent in their survey feedback online, via text or by U.S. mail:

Learn with Alumni: How to become more involved in the UNITY Family Webinar 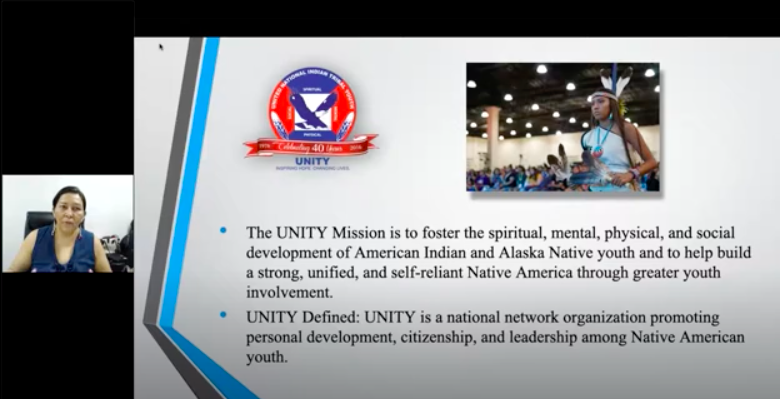 Click here to learn how you or a new youth council can be part of National UNITY network. With lead UNITY Trainer and Alumni Dr. Pearl Yellowman. For more information on how to get involved email la.buford@unityinc.org or nucec@unityinc.org.  END_OF_DOCUMENT_TOKEN_TO_BE_REPLACED 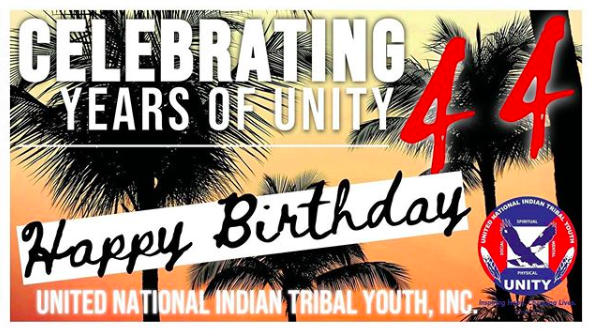 So how did UNITY begin? Read an article from our archive featuring UNITY founder J.R. Cook. Did you know? As A child J.R. sold grasshoppers so he could buy a hog? Did you know, at an early UNITY conference, attendees stayed in tents! Read more here.

END_OF_DOCUMENT_TOKEN_TO_BE_REPLACED 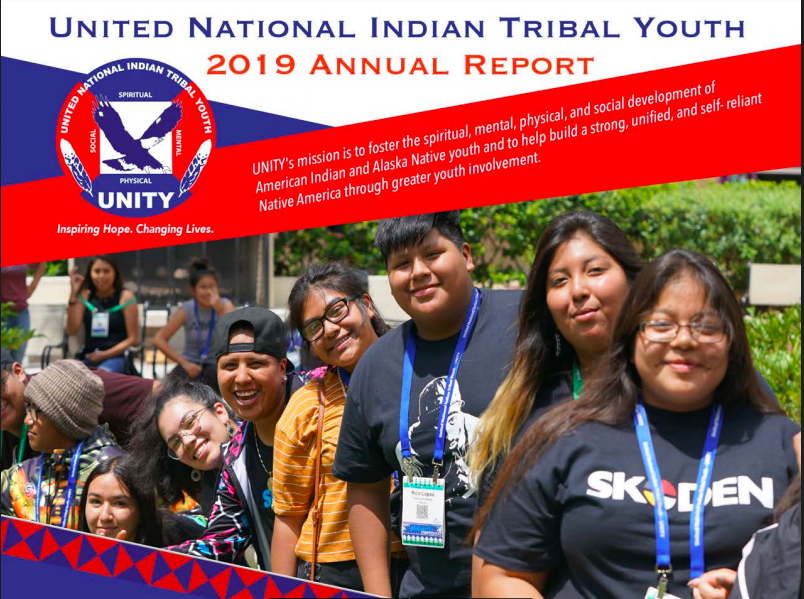 It’s truly been quite a year.

In UNITY’s first annual report, we want to show you what made not only this last year special, challenging, and everything in between but a brief snapshot of UNITY’s growth since relocating its headquarters to Mesa, Arizona in 2013.

UNITY’s mission it to, “foster the spiritual, mental, physical and social development of American Indian and Alaska Native youth, and to help build a strong, unified and self-reliant Native America through involvement of its youth.”  In keeping with its mission, UNITY has served the leadership needs of American Indian and Alaska Native youth for 40 years. UNITY is a national organization with over 160 youth councils operating in 36 states and Canada. These youth councils represent thousands of Native American youth.

UNITY began through the efforts of J.R. Cook, a Cherokee from Oklahoma, who has worked with Native youth in leadership development for more than three decades. The organization grew from a small group of interested Indian youth in southwestern Oklahoma in 1976 to a national organization today with affiliated youth councils operating in 35 states and Canada.

UNITY evolved from a series of Indian programs that Cook directed. After a successful basketball coaching stint, Cook devoted a decade of his life to the Upward Bound project at Southwestern Oklahoma State University in Weatherford, Oklahoma. At that time, it seemed to Cook there was more pressure for Indian youth to fail than to succeed. END_OF_DOCUMENT_TOKEN_TO_BE_REPLACED

UNITY began through the efforts of J.R. Cook, a Cherokee from Oklahoma, who has worked with Native youth in leadership development for more than three decades. The organization grew from a small group of interested Indian youth in southwestern Oklahoma in 1976 to a national organization today with affiliated youth councils operating in 35 states and Canada. J.R. stepped down as Executive Director in 2013 to focus on writing about UNITY’s history. J.R. agreed to share more about himself and answer some questions about UNITY. END_OF_DOCUMENT_TOKEN_TO_BE_REPLACED

UNITY TO CELEBRATE 40 YEARS ON APRIL 16

In the 1970’s, Cherokee math teacher and coach, J. R. Cook (pictured) was working as the director of one of the nation’s largest Upward Bound programs at Southwestern Oklahoma State University in Weatherford. He saw a lot of potential in American Indian youth, but knew that in order to combat critical issues facing youth, a comprehensive organizational approach was needed.

His vision was to provide positive alternatives to the harmful influences of negative peer pressure, drug and alcohol abuse, high dropout and unemployment rates and high incidence of suicide, so on April 16, 1976, United National Indian Tribal Youth, Inc. was born.