Alaska Get Out the Vote youth committee – UNITY, Inc.

Alaska Get Out the Vote youth committee

In the largest state in the union, First Alaskans Institute (FAI) has been a transformative force of good for the Native American and Alaska Native community that calls it home. For the last year, FAI has been engaging in a sweeping civic engagement project, working tirelessly to both register and turn out voters but to also ensure that Alaska’s Native population is accurately counted in the 2020 Census.
While this space is normally focused solely on the election, we want to shout out FAI’s amazing Census work, which is the other side of the civic engagement coin we’ve been working on. It’s worth remembering that Alaska is twice the size of Texas and roughly one-fifth the size of the lower 48 states, so organizing there is no simple task.
It was also the first state to begin the Census, with the Census Bureau taking small airplanes to villages around the state in January while the ice was still thick enough to land on. FAI understands the mammoth challenge this represents and had adapted their strategy to focus on digital organizing. 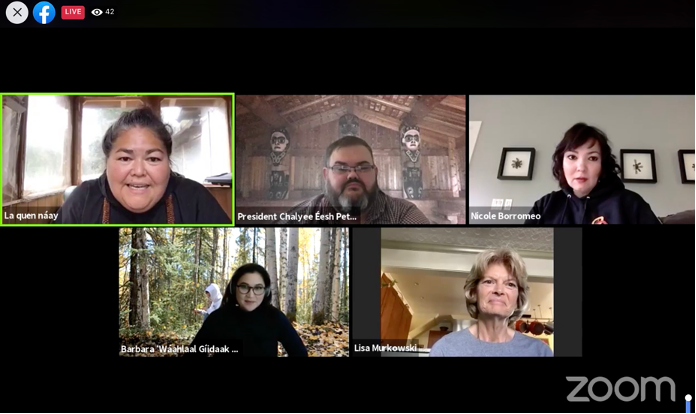 Some of their most successful Census events have been digital rallies that draw eyeballs from all around the state. They’ve hosted virtual raffles and a gameshow, ‘Who Wants to be a Censusaire’, which reached nearly 60,000 people in its first go. They were also joined by Alaska Senator Lisa Murkowski for Coffeetime on the Census, to raise awareness around the Census and hand out prizes.
On the election front, FAI has focused on duplicating the digital success they had with the Census for their Get Out the Vote efforts. They will be hosting a youth voter turnout challenge and creating a youth committee. They will also be producing a range of indigenized short videos highlighting the importance of voting and recapping the fight for the vote in Alaska. To make sure their community is informed, they are also hoping to host indigenous candidate forums and a range of interviews about the election.
“First Alaskans Institute is focused on advancing Alaska Natives for the next 10,000 years,” said Barbara Blake, FAI’s Policy Director. “Our guiding principles root our work in our Indigenous values systems which we know cannot be matched in care for each other, the world around us, and the work of advancing Alaska Native priorities. As has been said, Alaska Natives know best what is best for Alaska Natives.”