UNITY’s Council of Trustees is comprised of eight individuals, including the two youth Co-Presidents of the National UNITY Council. Five trustees are UNITY alumni.

Loretta A. Tuell is the managing principle at Tuell Law. She has practiced in the arena of federal Indian law and policy in Washington, D.C. for more than 20 years. In September 2017, she relocated to southern California and established Tuell Law, P.C. Her practice focuses on American Indian law, governmental law and policy, and gaming matters.

In the private legal sector, Loretta was most recently a Partner at the international law firm, Greenberg Traurig, L.L.P. Her public service includes serving as the Majority Staff Director and Chief Counsel for the Senate Committee on Indian Affairs to Chairman, Senator Daniel K. Akaka and formerly served as Staff Counsel to Senator Daniel K. Inouye. Loretta has held several senior positions at the Department of Interior and was appointed by President Clinton to be the Director of the Office of American Indian Trust. In 2009, Loretta wasrecognized as one of five women—and the first American Indian woman in history—to receive the prestigious Margaret Brent Women Lawyers of Achievement Award from the American Bar Association. She is a graduate of UCLA School of Law.

Tyler’s passion is rooted in education. She travels nationally and works with tribal communities teaching on topics such as; Native education initiatives, female leadership and empowerment, parenting, healthy relationships, and wellness/health.

RCS works exclusively with Native communities and businesses with the sole purpose of strengthening Native entities while Generations Created is an outreach that targets the empowerment of Native people and communities. As the founder and owner of RCS/Generations Created, Tyler has combined her love of her Native culture with her knowledge of subject areas and offers a distinct insight and a compelling voice.

Tyler is honored to serve as a Board of Trustee for UNITY. She is an alumni and grew up being a part of UNITY as her mom served on the Board of Trustee since the inception of UNITY in 1976. Tyler stepped into her mom’s role in 2015 and has been amazed by the growth that UNITY has experienced throughout the years led by our Native youth.

Tyler is a proud enrolled member of the Muscogee (Creek) Nation of Oklahoma. She resides in Tulsa, OK with her husband, Chance Rush. Together they have seven children. When they are not busy working individually or spending time with their children, Tyler and Chance find time to team up their efforts and work together in Indian Country.

Greg Mendoza brings over 30 years of work experience in the areas of youth development, public policy and tribal government. He is the immediate past Governor of the Gila River Indian Community and served his local community as a Community Council Representative representing the District Four Community. Prior to public office, he was appointed by the late Gila River Indian Community Governor William R. Rhodes as Chief of Staff and Chief Policy Advisor, a position he held for six years. In 1988, he founded and directed the Akimel O’odham/Pee-Posh Youth Council, a nationally-recognized community youth leadership development organization serving the needs of youth of the Gila River Indian Community. He holds an Associate degree in Tribal Management and Bachelor’s degree in Business Administration. He served as a former ASU Native American Alumni Chapter Board Member, Treasurer/Board member for the National Indian Education Association, Co-Chair for the Tribal Champions Council for Boys and Girls Clubs in Indian Country and currently serves as a member of the Council of Trustees for United National Indian Tribal Youth since 1997.

Henry Lozano, of Apache ancestry, is a non-profit executive and grassroots organizer. His years of public service culminated in his post at the White House as Deputy Assistant to the President and Director of USA Freedom Corps. On August 10, 2011, he was appointed to serve as the Director of Los Angeles County Teen Challenge and Urban Ministries Initiatives.

As director, Lozano coordinated service and volunteering efforts with organizations ranging from the Peace Corps and AmeriCorps to the Senior Corps and the Points of Light Foundation. He oversaw creation of the volunteer.gov website (which recently evolved into www.serve.gov, the “central hub” for service and volunteer coordination under President Obama). Lozano is a graduate of Teen Challenge, a spiritually-based recovery program. Throughout his career, he has championed many causes, especially those related to substance abuse prevention and recovery programs.

Kyle Doney graduated from Florida State University in 2007 with a bachelor’s degree in political science and a minor in criminology. He joined the Seminole Tribe of Florida’s Native Learning Center in February 2011. As the NLC Deputy Executive Director, he assumes the responsibility for directing the overall initiatives to achieve the primary objectives of NAHASDA. In addition, Mr. Doney is a Commissioner on the Seminole Tribe of Florida’s Gaming Commission.

Mr. Doney was selected as a member on the Florida State University’s Alumni Association National Board of Directors in 2008, where he continues to work to build their network of alumni and friends and sustain meaningful relationships on behalf of the Florida State University.  In 2017, he became a University President appointee to the President’s Advisory Panel on University Namings and Recognitions, to examine and make recommendations on current university policies concerning campus names and markers, including statues and other recognitions. Mr. Doney joined the UNITY Council of Trustees in 2017. 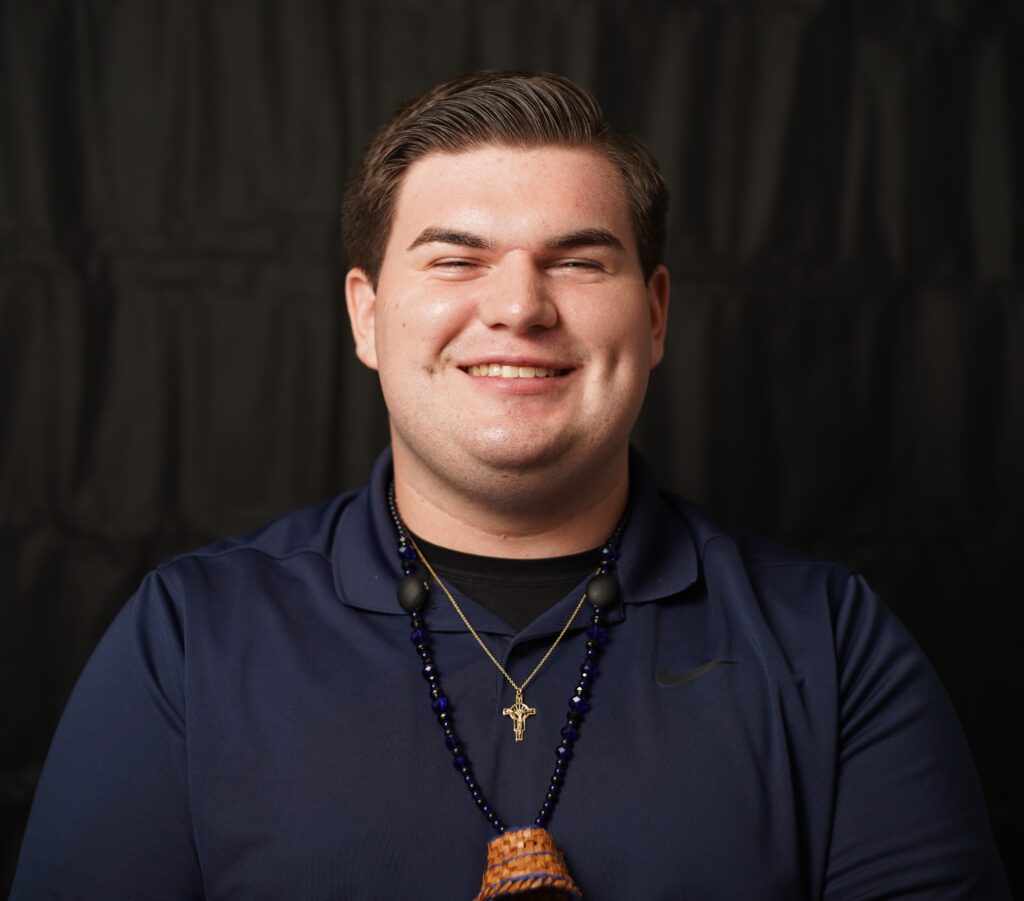 His traditional name is Goliah, but everyone calls him “Scottie.” He is 20 years old and a member of the Swinomish Tribe in La Conner, Washington. Scottie attends Everett Community College as a Track and Field student athlete. Prior to becoming UNITY’s Male Co-President, Scottie served as the former Northwest Representative on the Executive Committee for the 2017-2018 term. In his spare time, he is a volunteer for the Younglyfe Organization, as well as volunteering for Deb Lekanoff’s office of the Washington State Senate. Scottie stays involved with community events and issues, advocating for Higher Education, Drug and Alcohol Prevention, and Sustainability of Resources within his community.

Brittany McKane is Muscogee (Creek) and Seminole, from Little Axe, Oklahoma. She is 23 years old and attends the University of Oklahoma, where she is Pre-Law, double majoring in Native American Studies and Anthropology, and minoring in Social Justice. Brittany is Female Co-President of the Many Nations Youth Council. She has served the last two years as the Southern Plains Representative, and for the last year as Vice President of the National UNITY Council Executive Committee. Brittany has served in various leadership positions since her involvement in UNITY, which began in 2015 in Washington DC at the National Conference. Since then, she has become deeper impassioned and motivated to assist in raising the collective consciousness of Native lifeways, values, and issues. She intends to pursue her academic education to the furthest extent, focusing on treaty law and Nation to Nation relations.